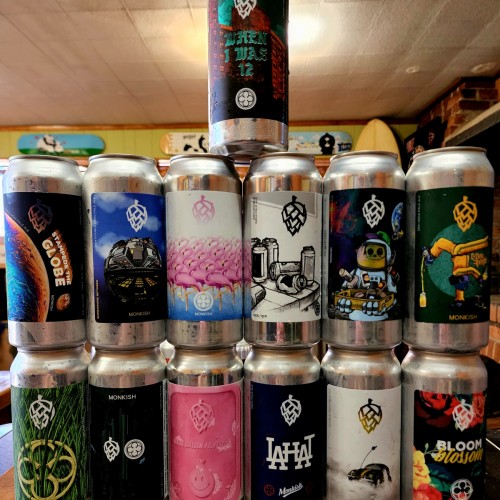 1 can of each of the following super fresh All-Star 13-Pack of Monkish in the pic, giving you an awesome selection to try some of the very best fire around. All cans have remained refrigerated since purchase and these will be as fresh as possible. *Must be 21. Cheers!