The birthday banana beer is back! This year’s edition of BBA Bananaversary was aged for a year in barrels and loaded with our wild Thai bananas, coconut, toasted coconut, vanilla, and Macadamia nuts. Tropical banana bread in a bottle 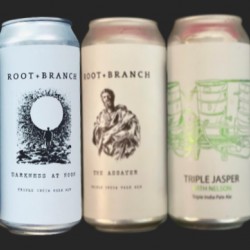 $10 Shipping with PPFF or venmo