See my other listings here (custom listings possible): https://www.mybeercollectibles.com/other-items/jj8...
I have much more available -- feel free to message me asking for a full list.

1x Treehouse Blend Two Blend Two is an imperial stout containing threads from our extensive barrel spirit barrel program, including Truth and other yet to be named imperial stout aged for over 22 months in bourbon barrels of varied origin, blended with a classic batch of Double Shot made with House-roasted coffee. It pours a brilliant and clean black color in the glass and presents with a pleasing, rocky, mocha-colored head. We taste and smell fudgy chocolate, vanilla, tootsie rolls, dark chocolate coffee character, a hint of black cherry, and milk chocolate-covered bourbon candies. The barrel character is well-integrated, making Blend Two an enjoyable beer to drink, rather than simply taste as a novelty - enjoy!

1x 4.72 untappd Mortalis As Above So Below Marshmallow (Coffee Stout) This Imperial Coffee Stout is brewed with a favorite local coffee. It is full-bodied with loads of coffee and then finishes with hints of rum, cinnamon, pecan, and chocolate. We have added an additional layer of flavor by conditioning the beer on marshmallows. 10% ABV

1x Mortalis NYX Coconut (can) (11%) This Imperial Stout is brewed with cold steeped roasted barley and complex malts to bring about a brownie like aroma and flavor that uniquely compliments the toasted coconut. A rich and deliciously smooth body that fights for control of your soul. This beer is pitch black in color and like the Goddess of Night, when she has you, there is no turning back!

1x Aslin Glamping (15%) is an Imperial Stout with peanut butter, graham cracker, chocolate, marshmallow, and coffee. This stout is made to mimic everyone’s favorite campfire dessert, a S’MORE! Just add peanut butter and you have our ultimate version of this summer time snack!  (batch 2)

1x Aslin BALE is our collab with casa_agria and is 13.5% imperial stout inspired by Peanut Butter turtle candies. The result is a rich stout with notes of coffee, caramel, peanut butter, & chocolate.

1x Aslin Genius Kitchen (batch 2) Imperial Stout - 15% ABV - Genius Kitchen is inspired by a favorite breakfast food, FRENCH TOAST. Think big stack of thick, fluffy french toast topped with a healthy dosage of syrup... AND, we took it to the next level and stuffed it with strawberry & Nutella. This Imperial Stout is made awesome with Nutella, coffee, maple, cinnamon & strawberry. 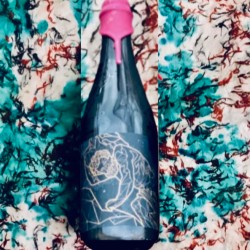 Other Half Equilibrium Horus Mortalis Finback