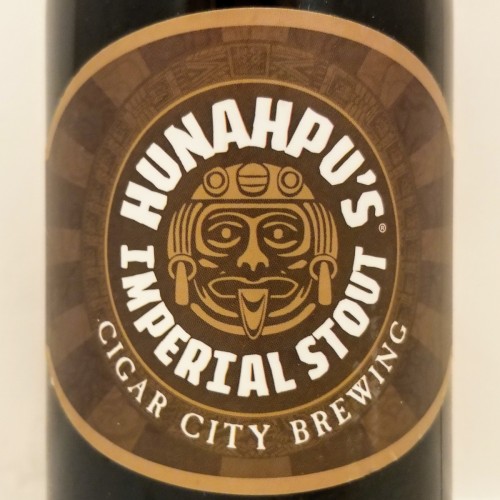 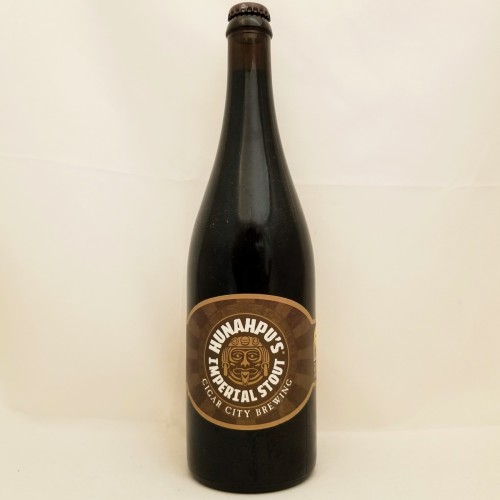 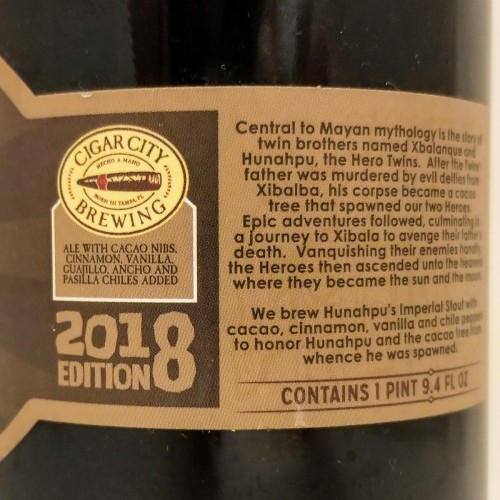 The listing has no bids.

In Mayan mythology, Hun Hunahpu was the father of the Mayan hero twins Hunahpu and Xbalanque. Hun Hunahpu, along with his brother Vucub Hunahpu, was tricked by the Dark Lords of the underworld and slain. Hun Hunahpu’s corpse morphed into a cacao tree, his head becoming a cacao pod, which in typically awesome mythology fashion, spit upon the hand of a young maiden named Xiquic who promptly became pregnant with the hero twins. The twins would ultimately grow up to avenge their father and uncle and defeat the Dark Lords and ascend the heavens to become the moon and sun. We brew Hunahpu’s® Imperial Stout once a year and release it only at the brewery on the second Saturday in March. We will continue to do so until the end of the cycle.

Discount may be applied if buyer pays through PPFF, Venmo (friends) or Zelle.

Combined shipping will be $6 for each additional listing only when invoices have been combined before payment has been made, provided they can all be shipped safely and efficiently in the same box. 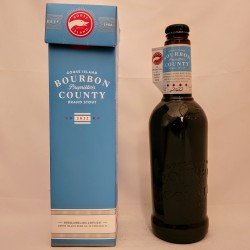 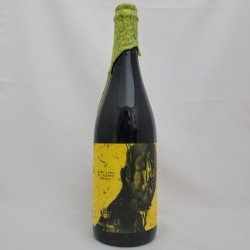 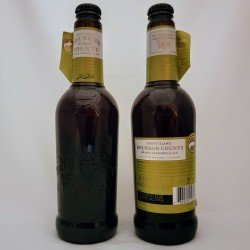 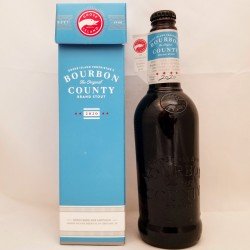