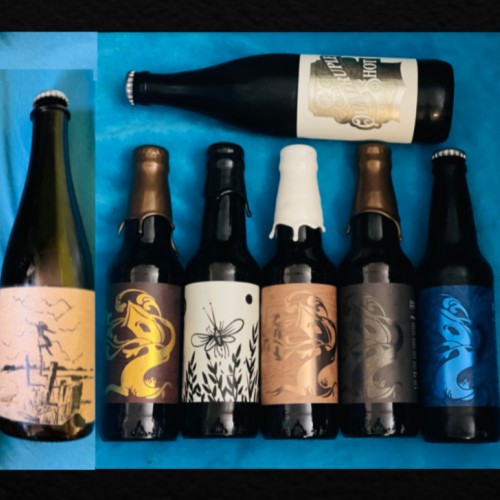 1x Vanilla Bean Tree of Truth (1 of only 124 bottles)  is constructed from a blend of barleywine and stout aged for 2+ years in Bourbon barrels merged with a small thread of fresh barleywine and then conditioned atop heaps of Madagascar Bourbon Vanilla Beans. Ripe with complex notes of vanilla nougat, molten white chocolate, rum raisin, vanilla Tootsie Rolls, and bourbon-soaked caramel cake, it’s a highly unique beer several years in the making. Savor, and enjoy!

It’s depth of character is only possible with time, patience, and careful stewardship.

A product over two years in the making, we are immensely excited for you to enjoy it!

For this beer, we carefully selected three beautiful barrels up to 36 months old from our cellar, containing primarily Truth threads, and artfully blended them together to create something greater than the sum of its parts. We taste chocolate bourbon candy, rich molasses, baker’s chocolate, and vanilla chocolate mocha mousse. An imaginative beer and one we hope you can savor in good health and company. Technically named [Blank], this beer is a template for your imagination. There is a space on the label where the name would normally go, leaving the identity of this beer up to your own creative impulses. Choose your own adventure, and have fun with it. Perhaps you could gift it to someone. Or maybe you want to try to be funny. Either way, its identity is in your hands. This label was illustrated by our longtime collaborator Dean McKeever. I also asked Dean to illustrate a large number of original labels, and he was happy to do so - those originals grace these actual bottles. They will be added to orders at random - for those bottles that don’t contain an original illustration, you will receive a printed version of an illustration by Dean that is similar to the originals. You have about a one in five chance of receiving an original. Artful presentations of our beer have been in our DNA since Brimfield, and we are super excited to share this project with you. [Blank] Barrel-aged Imperial Stout

1x Persist Persist is a barrel-blended Imperial Stout. Featuring 60% barrel-aged maple stout, with an average age of 22 months, it is meticulously blended for intense flavor and maximum drinkability.Persist also contains a kiss of coffee to balance the hugely decadent, rich characteristics of the blend. It pours with a fluffy head in the glass and tastes of maple-bourbon candies, chocolate-covered caramels, mocha-maple ice cream floats, and vanilla maple syrup. It is a monster beer worth savoring, and cherishing - Enjoy!

1x Foster (1 of ~1000 bottles) Foster is a barleywine aged for 30 months in select rum and bourbon barrels. Following this developmental time in the barrel, it is then further aged atop bananas, coconut, and vanilla.

The resulting beer has a heavy body and an ephemeral foam that tastes of overripe caramelized banana, toffee-like spiced rum, vanilla-forward bourbon, rich dark fruits, and sweetened coconut.It is a beautiful example of what is possible with patience and carefully considered execution - enjoy!Vintage: ~ 1000 bottles.
1x Lucky (5.6%) Lucky is a mixed fermentation ale brewed with honey and raw wheat and fermented with our house native culture. Following a several-year slumber in french oak, and then a nearly one-year bottle conditioning period, Lucky emerges with stunning elegance and grace only possible with careful stewardship and patience. We taste and smell lemon yogurt, honeycomb, subtle funk, and gentle acidity. Enjoy 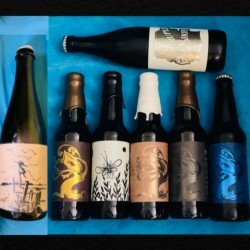 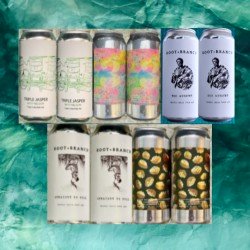 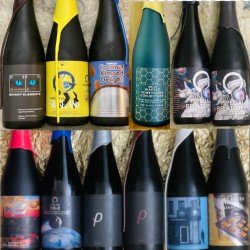 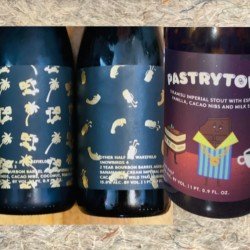